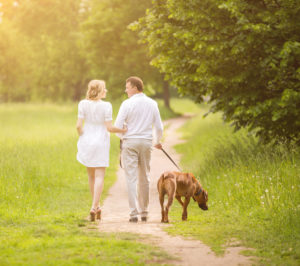 I want to obtain custody of my pet and my spouse does too. How will the Court handle this?

As a pet owner myself, I understand the importance that pets play in peoples’ lives and that pets are often treated as members of the family, notwithstanding their often crude behavior.

Historically, pets have been treated as chattel, or personal property, no different than a piece of furniture or television set. However, most pets, except for show animals, pure bread animals who are valuable for breeding purposes, or animals that are valuable for the service or work they provide, have very little monetary value. In fact, most pets are a drain on finances due to the cost to feed them, groom them, and to have them provided with veterinary care. Notwithstanding the fact that pets have very little value monetarily, the pet’s value to his or her owner is generally not quantifiable.

Although Courts in New Jersey do not apply the best interests standard as they apply same to the custody of children, when divorcing or separating couples are unable to agree on who should be entitled to possession of the pet, the Court will no longer simply treat the pet as an item of personal property. In fact, when determining who should have custody of a pet, the Court will consider who spent the most time with the pet during the marriage or relationship; which parent has primary custody of the parties’ children and If one parent has custody of the parties’ children, possession of the pet could be tied into what is in the children’s best interests; and during the relationship which spouse cared for the animal such as who regularly fed the pet, took the pet on walks, took the pet to the veterinarian, etc.

A recent case addressed the enforceability of an oral agreement upon the parties’ separation made by two people in a relationship that resided together and jointly owned a dog. The Appellate Division in Houseman v. Dare, 405 N.J. Super. 538 (App. Div. 2009), reversed the trial court’s decision to award the girlfriend $1,500 for a dog she shared with her former boyfriend/fiancée after she alleged that he breached their oral agreement. Id. The Court found that return of the dog, or specific performance, should be treated under the law in a similar way to a party’s action seeking specific performance of a family heirloom, finding that when personal property has such special subjective value it has been determined that an award of possession of personality is the only adequate remedy for tortious acquisition and wrongful detention of property. Id at 543. Ultimately, on remand, the trial court awarded alternating possession of the dog and granted both parties’ alternating 5 week visits with the dog, known as Dexter.

The facts and circumstances set forth in Houseman provide that pets are not to be simply treated as personal property, have a worth that is not quantifiable in dollars and cents and should not be treated as such. Furthermore, to avoid any uncertainty regarding who will be entitled to keep a pet, it would be in every pet owner’s best interests to obtain a written agreement regarding who gets to keep a pet, even if the parties’ were never married and have no children.  The Houseman decision clearly sets forth that such agreements are enforceable and that the payment of a sum of money to the aggrieved pet owner for the loss of the pet is not sufficient compensation for such a loss and will compel the breaching party to return the pet to his or her rightful owner.

If you or someone you know has a question regarding possession and/or “custody” of a pet, then please call the skilled divorce lawyers in New Jersey at the Law Office of Lyons & Associates.  At the law office of Lyons & Associates, we represent men and women throughout New Jersey who have unresolved family law matters.  We place a premium on personalized service and attention. For a private consultation, contact us by e-mail , submit an online inquiry, or call our offices at 908-575-9777.